Beyond Terry's Old Windows:
A Teacher's Thoughts
Between Centuries

A Teacher with Memories to Share, and Goals Yet to Reach 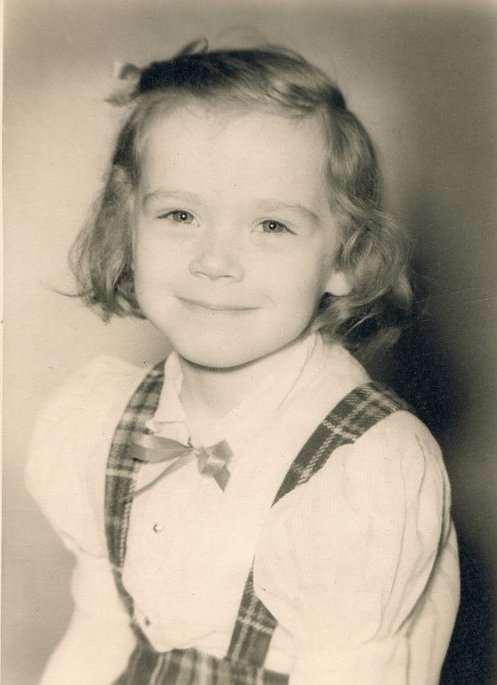 As I enter my seventh decade, and approach my fourth as a teacher, and look back on the last half of the twentieth century, and peer forward with my students and grandchildren into this new century, I celebrate the opportunities and experiences I have enjoyed in public education and in family and community life in general. I've taught every grade level from nursery school to early high school, in every content area at most grade levels, and also taught fellow teachers as an adjunct faculty member at the university where I earned my Master's Degree in special education.

My own education is as varied as my teaching experiences have been. I was the fifth of nine children in the city, where boys went to college and girls took temporary secretarial jobs after high school before marriage.I started in public elementary school as a four year old kindergartner, and moved on to parochial school as a sixth grader.  But mid-high school, my family left the big city and the parochial schools and I moved to a small town public high school, where I encountered a guidance counselor who considered me college material. I am sure, had my older sisters such a person in their schools in the city, they, too, would have been steered in that direction. After meeting with my parents and telling them about a new opportunity nearby in a small city, I began classes at a small community college within carpool and  hiking distance (7 miles) that hadn't yet secured a building and held classes in borrowed spaces ... then later, after working a while and beginning a family as originally expected, I went back to a state college within driving distance (25 miles)  to finish a Bachelor's Degree in teaching ... and a lifetime membership in the Phi Kappa Phi Honor Society** and then to a Graduate School in Cambridge to extend my certification to include special education, and then completed a summer post-graduate certificate program in "new tools" for applied special technology at Harvard, courtesy of a grant secured by two of my mentors in the public school system, Mary and Annetta, to whom I am forever grateful, as I am to my first, true guide, Ruth.

My goal, when I began writing a journal in college, was to

create a compilation of memories and events specific to my life as a twentieth century woman, with the idealistic thought that one day, my granddaughter's granddaughter would enjoy reading about her great great grandmother's struggles and triumphs overlapping the turn of the century. I wish I had such a collection from my ancestors about their lives in the nineteenth century ... I teach United States History now, and focus on the eighteenth and nineteenth centuries in the classroom. Dramatic changes took place in our country in those centuries. My grandparents arrived in America early in the first decade of the twentieth century; the early writing of my grandfather, a letter to his headmaster, published by his school back in Edinburgh, Scotland, gave me a brief glimpse of his plans and dreams in this country ... a piece that inspired me to write of my time here for our future descendants. Education was valued then, in Scotland, and is valued now, and deserves  honest observation and commentary.

There is an old French saying, which translates to: the more things change, the more they stay the same. Change is inevitable in life. Growth is change, and has been profound in the lives of women in the twentieth century. Family roles, career goals, educational requirements and life's expectations are the elements of a very good story ... So please join me in the memories and the dreams, and allow me the commentary and perspective of a veteran public school teacher.

This excerpt can be read in full at the magazine's website, by clicking the link provided on the line below ...

" ... Founded in 1897 at the University of Maine, Phi Kappa Phi is the nation's oldest, largest, and most selective honor society for all academic disciplines…PhiKappaPhi.org is a global network ... a community of scholars and professionals building an enduring legacy for future generations. The Phi Kappa Phi name consists of the initial letters of the Greek words forming its adopted motto: Philosophìa Krateìto Photôn, "Let the love of learning rule humanity."  Phi Kappa Phi's mission is "To recognize and promote academic excellence in all fields of higher education and to engage the community of scholars in service to others... "

And about the Phi Kappa Phi Forum ...

" ... Phi Kappa Phi Forum is the multidisciplinary quarterly magazine of The Honor Society of Phi Kappa Phi. Each issue of the award-winning journal reaches more than 100,000 active members as well as government officials, scholars, educators, university administrators, public and private libraries, leaders of charitable and learned organizations, corporate executives and many other types of subscribers.  It serves as the flagship publication of Phi Kappa Phi,   The first incarnation of what's now called Phi Kappa Phi Forum began publishing in 1915.."

You can also visit my Author Page at Amazon.com using this link:

Re-reading this page reveals just how much has happened in this past year. I've retired from the classroom, unexpectedly, prematurely, and in a haze of fatigue, anxiety and medicated depression. Not knowing what I would do next, I began in the spring, on an extended medical leave of absence, to go through the piles of writing, the scattered notebooks of journal entries, and the folders filled with printouts of letters and notes. I read through years of entries, and re-discovered myself ... the myself I knew before the diagnosis of multiple sclerosis. I was able then to compare my current state to my previous, and to look dispassionately (on medication) at the differences. And with the continuing benefit of the medication prescribed to treat the depression and anxiety, I realized just what an anomaly the past four years of my life have been.

I then resumed writing - but not in random notebooks or unorganized computer folders. I began focused writing. At first, collecting those essays I'd published with PKP, and then collecting from those notebooks the earlier poetry I'd written. I went from there to a self-publishing website, CreateSpace.com, and learned how to compile these into books, real books, that I could hold, and that perhaps I could sell. I went on from there to write two more books, of new essays on teaching, and new collections of poetry. And then i dug deeper and pulled together my early newspaper columns from the local weekly paper. I added to those with more commentary on life in this small town, and created another book. One by one, I wrote and then posted and sold my books.

And then I felt ready to tackle the negative lump of my diagnosis with multiple sclerosis. I wrote it first in decades, and tucked it away. I wrote it then again in chapters, and posted each week by week on another writer's site I'd found, FanStory.com, where writers came together and reviewed each other's work critically. I then took those chapters, worked them into a smoother order, and published a real book, one with a spine. And I posted it, along with the other five, to Amazon.com, and began selling copies to my friends. The writing of this book, and indeed its title, changed as the chapters developed. It was a discover draft at first, and helped me to realize that I was ready to stop taking the nightly injections that had been prescribed and that I had complied with for the past four years. I look at the loss/gain ratio, and decided that the medication had cost me my self, my job, my colleagues, and nearly my life ... and that it had given me nothing that I had not had before. It was time to regain myself. My own spine now has osteoporosis and scoliosis and, they say, multiple sclerosis, but it is my spine, and I will strengthen it my way. I feel as though I am finally back. Hello, I'm Terry, and while I used to be a teacher, I am now a writer. Read me.

You can find my books at this page:Terry's books at Amazon

You can read my reviews of others' books at this blog:Terry's new blog

and you can always write to me here at the Guest book of this site~ I'd love to read you!

Spotlight Georgetown: Interview about my Books and Quilts
2767 views - 0 comments

Oops! This site has expired.

If you are the site owner, please renew your premium subscription or contact support.